At the last beautiful gelato place that Monica, Jennifer and I visited, I had two flavors of gelato and cream: pistachio and French Vanilla. Oh, the wonder of the Old Bridge near the Vatican! It’s a gelateria where the line snakes around the corner. The men behind the counter beg you to order and order quickly, but they reward you with generous scoops. And this after an already full day.

I began the day in tears. After a warm cup of tea, slurped down with speed due to my late rising, Monica came to me and said something along the lines of, “I want to give you a hug,” and she did, and then the tears started as I burst into the particulars about Ava and Aiden who were born yesterday morning. It’s hard being away from Andriene, my family, the babies. I have been talking about them to most of my colleagues and students for months now. Since I found out that Andriene was pregnant, I have been telling just about everyone who would listen (and even those about that weren’t thrilled) about my sister, her babies/my godbabies. I’m so proud and bursting with joy. It was this warm welcome, then, to share my joy with a colleague and friend early this morning. What a way to begin.

We started the day with introductions and identifying our group (we were broken up into philosopher groups) goals for the two week course. Ours were focused on learning more about Lasallian formation, mission and pedagogy, living the mission, and networking for the good of our colleges and students.

After this, we had a short tour of the house, which hosts 4 religious communities, 3 of the Christian Brothers and 1 of the Guadalupana Sisters. Here are some of the pictures from that tour including the views, some of the art, a voting room, the Winter Chapel/ Giovanni Paolo II Room, the Church and the relics of St. Jean Baptiste De La Salle. 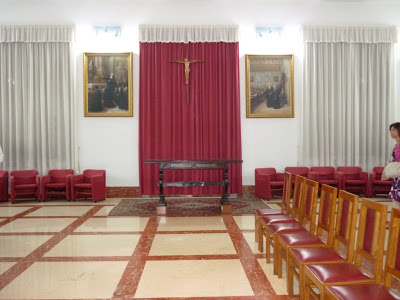 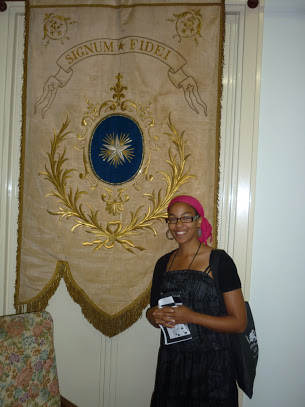 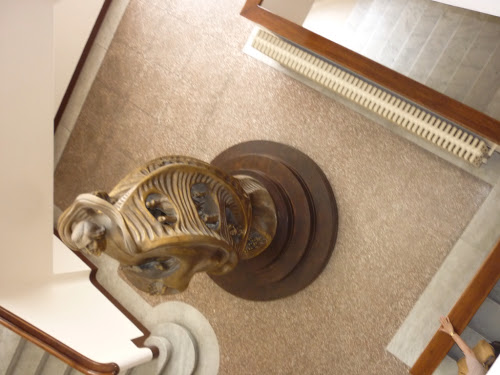 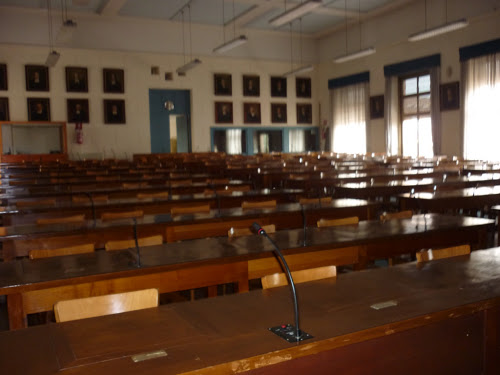 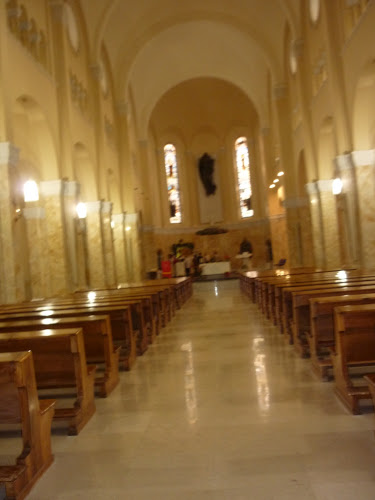 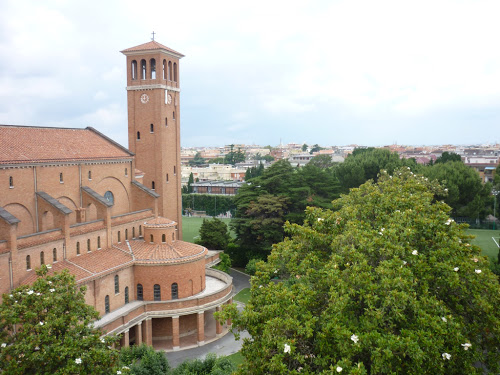 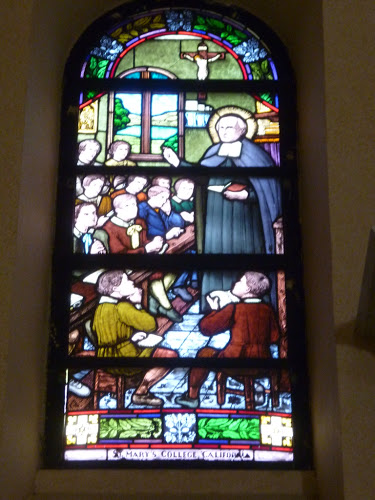 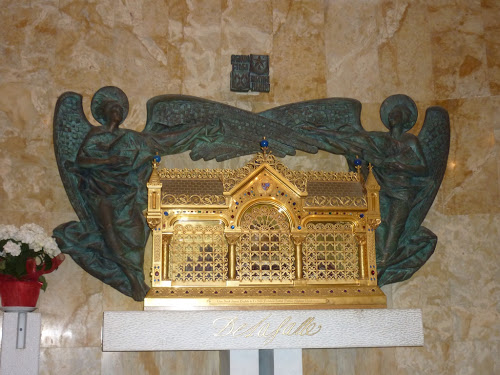 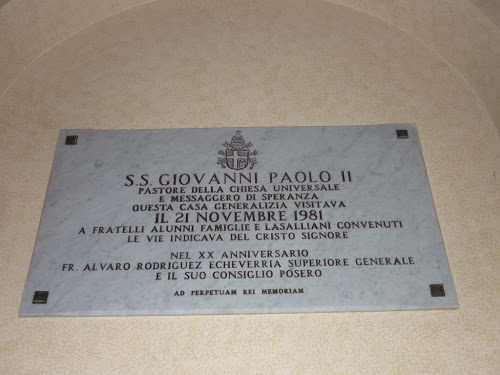 After a tour of the the Generalate, we participated in a reception hosted by the brothers, a time to mingle and converse with one another and with those within the religious communities. After the aperitivo, it was off to a gorgeous lunch. I retired soon after the lunch and conversation for a short siesta as I was already quite tired.

At 2pm, our session with Brother Álvaro (Superior General) and Brother Tom (Vicar General) began in which both offered us considerations on the Lasallian mission in higher education. I enjoyed that they offered no blueprints, rather prompted us to consider how we can animate our students in the pursuit of social justice. I recorded the sessions as I am looking forward to returning to the dynamic talks that both gave later. I wish I had recorded the question and answer period as the answers from both were quite inspiring.

After this, I took a half hour to chat with Andriene, look at pictures, text Greg, and generally prepare myself for a night out with my colleagues. We ended up going to the Piazza dei Popolo as recommended by one of the hotel staff, Fabio, who also gave us a stellar recommendation for a cafe for dinner. After a brief metro ride, we ended up going to all three churches on the Piazza (the one with the circular dome was having Mass, so that one we did not go inside), as well as a small art gallery with a contemporary showing, before having an INCREDIBLE meal at Canova. While pricey in my estimation, it still was on par with California prices. I have learned that I am a little more frugal than my colleagues, or so it seems, but I am willing to splurge on occasion. This was definitely that occasion as, between us with tip, we ended up paying 100 Euro. Yikes! But, was it worth it? Definitely.

On the menu: Chianti, ravioli with tomato, ricotta and basil, risotto in a parmesan and truffle sauce, grilled chicken with what we think was a mushroom sauce, before we shared a dish of tiramisu. Highlights for me of all the dishes: the risotto and the tiramisu. Both were rich in taste but not overpowering, sensual, warm delights. If I should ever have the great fortune of having a partner who can cook such a meal and does so without complaint but merely as a way of giving, then I will be ever more reminded of the presence of the divine in my daily life.

After the meal, we traversed the streets of Roma with the Vatican as our end goal, but stopping, as noted previously, for gelato first. Yes, I will pay for this delight, but it will be worth the price.

Lights and shadows, cobble stone, paving stone, marble, glass, and ornamentation. All of them can be witnessed in a glorious creation, the one that is the plaza of San Pietro. Stellar by night. Gone are the throngs of tourists harangued by peddlers of tours and trophies. While there are some who go to the site in the evening, there were far less and most seemed as if they were passing through on their way to another place. I found myself thinking of directions, All roads lead to Rome, as well as the knees and needs of pilgrims. How much blood has seen its way through the cobblestone cracks? What was the color of the originally laid stones? How many millions have walked them with a prayer or a hope carefully cared within their minds and throats?

Today one of my group colleagues noted that there are challenges in serving the poor. He noted that there has to be a sustainable model, one cannot give what one does not have. It’s something I say to my students all the time, that they have to rest so that they can be of service to other. What that means on the university level financially is that there must be models in place to sustain the workings of the university so that the surrounding community can be served. My consideration for St. Mary’s College of California, though, or rather something I wrangle with is who IS our community. What are the limits of our service? How do we unify our approach to service or is it better to have many tracks from one center? Still thinking about it, but the idea of sustainability is important to me as well.

Of course, on a more personal level, I cannot give or learn if my body is not able. The spirit may be willing but the body unable. Perhaps less/no gelato or lactose. We will see how I do tomorrow. In the short end, I pay. In the long run, if I was the body of a university, we all pay, no?